Across The King’s River: A Way of Life

Across the King’s River is an upcoming documentary feature film that follows one man and his daughter on their quest for self-transformation among the great healers of West Africa.

Producer, James Weeks, says one of the goals of the film is to inspire others to follow their visions.

Weeks had no idea that he would one day embrace African healing traditions but eventually became a believer after a powerful shaman helped his family overcome a series of life and death challenges.

In Across the King’s River, Weeks takes Tulani, his daughter, to meet Aseda, the Yoruba shaman that he credits for saving his life and keeping his family together. The old man also initiates Tulani as a priestess of Osun, the orisa, or divine spirit of love and fertility.

Aseda, James’ spiritual father, is one of the 16 major diviners of Ifa, a rapidly growing religion with more than 100 million practitioners worldwide. The philosophy originated among the Yorubas of Southwest Nigeria and predates Christianity by more than 10,000 years.

African healers often diagnose and treat medical problems long before their Western peers can even detect them. In addition to helping Weeks ward off diabetes, Aseda’s spiritual skills also helped deter Weeks’ oldest son from a life of crime.

“The healers in the film are the keepers of a vast body of knowledge and have important messages to share with the world,” Weeks says. The journey takes Weeks and Tulani deep into three African civilizations: the Dagara of Burkina Faso, the Lebu of Senegal and the Yorubas of Southwest Nigeria. 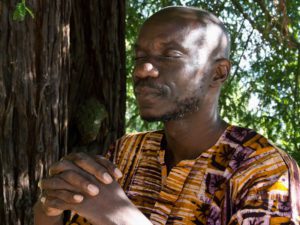 Across the King’s River also features scholar, Christopher Brown, a disciple of the late Dr. Afolabi Epega, a world-renowned authority on Ifa. Like his mentor, Epega, Brown is on a mission to show the connection between science and spirituality.

Brown is an initiated Ifa priest and a mathematician. He also has a degree in computer science. Brown believes that science is nothing more than spirituality in disguise.

Across the King’s River will be directed by Emmy Award winning filmmaker Stanley Nelson and goes into production in spring 2012. The title of the film is derived from a Yoruba proverb that is often used when one has something difficult to do or say.

“The proverb implies that a higher force has sent you on a mission that must be fulfilled at all costs – no excuses and no turning back. It’s more than a proverb. It’s a way of life,” Weeks explains.

A Test of Endurance

“A test of endurance.” That’s how filmmakers Dalian and Verona Adafo describe the journey to their documentary, “Ancestral Voices: Esoteric African Knowledge.” Their goal was to clear up some of the popular misconceptions and “negative assumptions” that people have about African spiritual traditions.

“It is a topic that a lot of people hardly know anything about but are quick to tell you that its negative witchcraft and devil worship,” Dalian explains.

“For me it was important to learn the ways of my ancestors,” says Verona.

I salute their courage and tenacity. I know that their work is driven by the ancestors. As a filmmaker, I totally understand the hardships and trials that come with trying to get a film off the ground.

Every phase is difficult, and if your vision isn’t clear, or if your motivation isn’t strong enough, you will find reasons to stop instead of moving forward.

Africa has so many stories to tell, so many lessons to teach. Yet, the Western media only focuses on what’s wrong with Africa: unending civil wars, corruption, hunger, poverty, etc.

What about stories of change and transformation? Lives that have been saved because of the spiritual power of our sacred traditions? What about stories of empowerment and inspiration? The millions around the globe who organize their lives around guidance that comes from divination, the orisas, or other divine spirits of the Motherland?

These stories, we must tell ourselves! Hats off to Dalian and Verona for leading the way!! 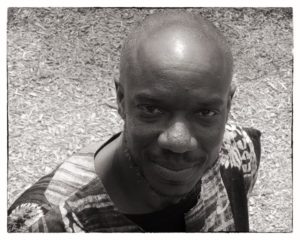 Imagine getting a team of African healers to spend four years channeling spiritual energy to help you launch a documentary film!

That’s what’s happening to film producer, James Weeks. His long anticipated film, Across the King’s River, which explores how African healing traditions intersect with science, goes into production in March 2012.

Weeks will share the core messages of the film at a sacred healing symposium at Harvard University on Friday, April 13, 2012.

Directed by Emmy Award-winning filmmaker, Stanley Nelson, “Across The King’s River” follows Weeks and his daughter on a journey of self-transformation that gives viewers insight into three sacred African traditions: the Yoruba, of Southwest Nigeria, the Dagara of Burkina Faso, and the Lebu of Senegal.

“One of the goals of the film is to inspire others to follow their visions,” Weeks said.

“Aside from being a beautiful and touching film, ‘Across the King’s River’ will shed light on some of Africa’s traditions that have been maligned and misunderstood in the West,” says Funlayo Wood, a PhD student in African Studies and Religion at Harvard, who is organizing the healing symposium on campus.

“The world needs more healing than ever before,” Wood adds. “The environment is being destroyed; people are hurting and are dulling their pain in negative and destructive ways. We are becoming more and more estranged from our humanity.”

Robert Voeks, PhD, Professor of Geography at Cal-state University, Fullerton, says “Across The King’s River” is a critically important film project and should be completed sooner, rather than later.

“The world is witnessing a global crisis of cultural erosion. Indigenous understanding of the healing properties of nature is declining as rapidly as the languages that sustain it,” Voeks says.

For more information about “Across The King’s River,” visit www.acrossthekingsriver.com

Why African Healing Traditions Can Help Save Your Life…

The report card on African-American health is grim:

*African Americans have the highest death rate for cancer than any racial and ethnic group in the US.

*The death rate for Black Americans with diabetes is 40% higher than other races and cultures.

*Diabetes is the leading cause of blindness among African-American men and women.

*African-Americans have twice as many strokes as white americans, and black women are more likely to get heart disease and die from complications than any other group.

Experts say these inequalities are linked to glaring social and economic disparities in work, wealth, income, education and housing. And the fact that millions of African-Americans have no health insurance further compounds these problems.

But there’s also a glimmer of hope…

A growing number of African-Americans are embracing African healing traditions and other alternative health practices that can help save lives, leading experts say.

“There are aspects of health that are not being met by modern science,” says Charles Finch M.D., a physician and scholar who has worked extensively with traditional healers in West Africa. Finch believes modern science has a lot to learn from African healers.

A graduate of Yale University and the Thomas Jefferson School of Medicine, Finch blasts the Western medical establishment for suppressing indigenous healing systems and ridiculing traditional healers who have been providing outstanding health care for thousands of years.

African healers are highly trained and can often diagnose and treat illnesses using spiritual methods long before their Western counterparts can even detect them, Finch says.

Divination is the key to understanding what is happening with the client. Ifa divination, a system that originated with the Yorubas of Southwest Nigeria, is the most popular from of divination in the West. This ancient system can also be found in Santeria, an Afro-Cuban spiritual tradition that blends Yoruba religion and Roman Catholicism.

David Cumes M.D, a South-African born surgeon who has also been initiated and trained as a sangoma, or healer, is also a firm believer in the efficacy of African healing traditions.

“African healers laugh at us,” says Cumes. “Africa has aboriginal spiritual technology that we are only now beginning to appreciate. Theirs is the original medicine. Western scientists believe that they are on the cutting edge of the new age of healing. However, we may have missed the boat entirely. We may be technical wizards, but when it comes to the human spirit, we are really only beginners.”

Finch and Cumes will share their insights in the upcoming documentary film, “Across The King’s River,” which explores how African healing traditions intersects with science.

James Weeks, producer of “Across The King’s River,” says one of the goals of the film is to clear up misconceptions about African healing traditions. The film will be directed by acclaimed director Stanley Nelson, whose latest film, “Freedom Riders,” won three Emmy Awards for outstanding picture.

For more information about “Across The King’s River,” visit www.acrossthekingsriver.com

How Every Lap Top In The World Began in Africa…

Very few people think of Africa when they turn on their lap-tops.

But one leading scientist insists that “every lap-top, every electronic circuit and every personal digital assistant (PDA) began in Africa.”

According to mathematician Ron Eglash, not only did the roots of digital computing begin in Africa . . .

The roots of the binary code that every modern computer uses can be traced back to the intricate divination systems that traditional African priests and healers use to communicate with the spirit world.

Dr. Eglash, a mathematician and Associate Professor of Science and Technology at Rensselaer Polytechnic Institute in New York, says people are always shocked when he reveals that the binary code and the roots of digital computing began in Africa.

In this brief lecture on TED, Dr. Eglash discusses African fractals and the evolution of the binary code:

Eglash is one of several scholars that will be featured in Across The King’s River, an upcoming documentary film that explores modern science and African healing and spiritual traditions.

Across The King’s River producer, James Weeks, says the Western world owes Africa a huge debt – and a huge apology. “It’s one of the greatest ironies. Very few people realize that the binary code originated in Africa. It’s a significant contribution, yet African spiritual traditions have been demonized and ridiculed for centuries,” Weeks said.

Weeks added that one of the reasons he embarked on the film is to clear up misconceptions about African spiritual traditions and to showcase the contributions that Africa has made to modern science and technology.

Across the King’s River explores the sacred and healing traditions of three African cultures: the Yoruba of Southwest Nigeria, the Dagara of Burkina Faso, and the Lebu of Senegal.

Stanley Nelson, an award-winning African-American filmmaker who has showcased several films at Sundance and on PBS, will direct Across The King’s River. Among Nelson’s notable films are Freedom Riders (2011), Jonestown: The Life & Death of People’s Temple (2006), The Murder of Emmett Till (2003), A Place of Our Own (2004), Sweet Honey in the Rock: Raise Your Voice (2005), Wounded Knee (2009).

Across The King’s River will be released in 2013.