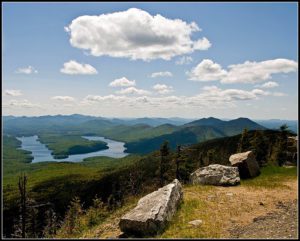 The Quest For Iwa Pele

“The yes man is your enemy, but your friend will argue with you.” So says a Russian proverb. I reflect on this proverb today as I think of our obligation to be truthful to ourselves and to those that we love. Yesterday, I had to remind a friend that his behavior and explosive temper is holding him back from achieving his full potential. His main enemy, despite what he wishes to believes, isn’t outside, it’s deep within. Until he changes his behavior and the way that he thinks, he’ll never attain his goals. Nor will he ever be happy.

I also reflect on this Russian proverb as I think of sad stories that I’ve recently heard of priests and priestesses in the Ifa/orisa tradition who cause more harm than good. Why? Because some of them are deeply troubled individuals who clearly are in need of psychological (and perhaps spiritual) counseling. Instead, they dole out “advice” and wreak havoc on others with conduct so outlandish that it truly amazes me how they could ever call themselves priests or priestesses.

Rather than condone bad character, we should confront it. There can be no growth without truth.
Wisdom has never been and will never be merely about what you know – it’s about how you live. The foundation of Ifa/orisa practice is supposed to be humility and iwa pele (gentle character). May we all never forget this.

Across The King’s River Producer Speaks At Harvard

Film producer, James Weeks, says he’s guided by three things: the power of visions, the power of stories and the wisdom of the heart.

And once you allow yourself to be guided by these three principles, you can’t go wrong, he insists.

That’s how Weeks began a recent speech at Harvard University. The charismatic, Oakland-based producer was on campus to discuss the core themes of his upcoming documentary film, Across The King’s River, which goes into production in the summer of 2012.

Directed by Emmy-award filmmaker, Stanley Nelson, Across The King’s River explores the sacred and healing traditions of Africa while following Weeks and his daughter on their quest for transformation in the Motherland.

“It’s essentially a film about finding and fulfilling your life’s purpose, but we also hope to inspire others to follow their visions,” Weeks explains.

Why does he always emphasize visions, stories and the heart?

“It’s simple,” he says. “If you’re not clear about your vision, you’ll be tempted to stop when you should move forward. Stories are important. The story of who you are and where you’ve been can bring healing to others. The heart is a seat of high wisdom and you must learn to trust it. The heart always knows, but the head always doubts,” Weeks says.

Across The King’s River gives viewers a rare glimpse of three African cultures: the Yoruba of Southwest Nigeria, the Lebu people of Senegal, and the Dagara of Burkina Faso. The film also explores the connection between African spiritual traditions and modern science.

Donna Christensen, Virgin Islands Delegate to Congress, strongly supports the upcoming film. “As a doctor and as a student of history, I am interested in learning about any new perspectives that this documentary will share with the world. It is an important link to how humans have dealt with health and healing throughout the centuries. It can only add to what the scientific and historical community knows about the experiences of people on this planet.”

Charles Finch, M.D. former Director of International Health at Morehouse College, says, A documentary detailing the ideas, philosophies, and healing approaches of a group of Yoruba sages – with a special focus on Ifa – is timely and germane to the challenges facing the 21st century.” 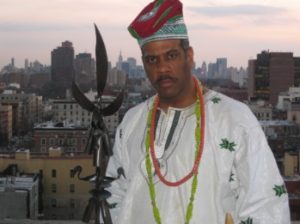 In this delightful lecture punctuated with humor, insight and personal anecdotes, Chief Babalawo Oluwole Ifakunle, affectionately known as the “Babalawo of Harlem,” gives an overview of Ifa divination and the role it can play in our lives.

I recently met Baba Ifakunle at a conference at Harvard University entitled “Sacred Healing and Wholeness in Africa and the Americas.” The symposium and the lecture was organized by Funlayo Wood, a doctoral student in African and African-American studies at Harvard.

“We can see into the future if we know how to read signs and symbols. It’s about the synchronicity of life,” says Baba Ifakunle, a professional diviner who was initiated into Obatala and Ifa more than 20 years ago. “Divination is an attempt to see beyond our five senses and to understand the root causes and solutions to issues that we might be facing.”

“Ifa is about balance,” he adds. “The work that I’ve done has been rewarding to me. It has been life – changing to me and to others.”

I was struck by Baba Ifakunle’s warmth and sincerity when I met him. It was refreshing to meet another Awo who is passionate about his craft and the clients he serves. In the lecture below, Baba Ifakunle talks briefly about his childhood, and how he was visited by Spirits at an early age.

He also discusses Obi divination, the importance of “iwa” (character) and how ancestral energies and problems are sometimes transmitted from one generation to the next. And he spoke of how “diviners are born – not made”. Baba Ifakunle insists that one of the ultimate goals of a diviner is transcendence, becoming one with the universal energies.

As a student diviner, I was inspired as he recounted how Ifa divination helped him cure one client of cancer. And I laughed when I heard the story about the African who could have won the New York lottery but unfortunately did not. Oh well!

For more information about Baba Ifakunle, or if you’re interested in readings, orisa-inspired products, or to book one of his dynamic lectures, you can visit him at Baba Ifakunle’s website