The elders consulted Ifa and warned him not travel to California. He came anyway, all the way from Nigeria, leaving a wife and two young children behind, hoping to find a job here when millions of other Americans cannot.

I also told him he shouldn’t come. The recession is ugly, I told him repeatedly. Even well-educated folks are struggling, I argued. Then I sent him news articles about the U.S. economy to prove my point. It was a waste of my time.

These days my friend is in a deep depression. Not surprisingly, he hasn’t found any work since he arrived two months ago and he misses his family tremendously. “I’m lonely and miserable,” he confessed.

He’s going back to Nigeria in January. “I learned my lesson,” he said.

I bet he has. When the Ifa oracle gives you advice it’s best to listen the first time. One of the very first Yoruba proverbs I learned says: “it’s better to listen than to offer sacrifices.” The accuracy of Ifa is amazing, but our challenge is to apply the wisdom of the orisas to our lives.

To be sure, listening to Ifa comes with unique challenges that are designed to help you grow while developing your character.

In February of 2011, I left my 19-year career at Corporate America to dedicate myself full time to this film project. I’m still awaiting funding from investors. It hasn’t been easy, and I’ve had to rely on savings just to survive. Yet, I have no doubt that leaving my job was the right thing to do, just as Ifa said. The experience has forced me to grow in many ways.

Ifa demands that we listen, but the spiritual journey also requires us to step boldly into the unknown at times knowing that the universe and the ancestors have our backs. Even if you can’t afford Ifa consultation, spiritual guidance is always available via your intuition or Ori. Trust it, develop it – it’s free. 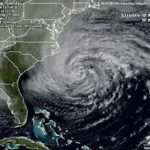 The ferocious strength of Hurricane Sandy was yet another reminder of the immense power of nature and the sobering fact we are not above her. We are part of nature and must understand our role in the cosmos. Our ancestors had deep reverence for these forces of nature that we call the orisas; our spiritual beliefs and practices revolve around them.

“We do not start from the premise that we are higher than the rest of creation,” says Yoruba scholar, Wande Abimbola. “We bow down to trees, rivers, hills and mountains.” Truly, birds, animals, trees, and the dwellers of the sea are not only siblings but our teachers and spiritual guides as well.”

And in the sacred odu, Osa meji, Ifa says: “Osa, the brightly shining one, Babalawo of the world, interpreted the teachings of Ifa for the earth. They said that the earth should stop making sacrifices for wealth, and instead make sacrifices that would protect earth from its enemies. In this way, we will live. And so we plead that as long as we live on earth, that the earth not be destroyed.”

The earth-centered, spiritual teachings of Africa have been ridiculed and dismissed by the West for centuries as being simplistic and out-of-step with the realities and demands of our technologically-driven world. Hurricane Sandy (like Hurricane Katrina) is a rebellion against such arrogance. She’s the latest messenger that has come to warn us that the price of global warming is high.

“Sandy Ends The Silence” says the title of a November 2012 Time Magazine article written by Michael Grunwald. “Hurricane Sandy – like this year’s historical heat waves, droughts and wildfires in the U.S., not to mention an uprecedented ice melt in the Artic – is the kind of thing that happens when you broil the planet with fossil fuels,” writes Grunwald. 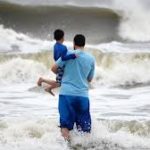 “Sandy was a blunt reminder that the technical term for people affected by climate change is people. It’s an environmental issue, a security issue, an economic issue that has all kinds of disastrous implications for coastal communities and food supplies and wildlife and human life,” Grunwald adds.

The cost of Hurricane Sandy is at least 50 billion in New York alone. As the nation rallies to rebuild the communities that were affected by Sandy, I can’t help but think of a comment my Mom in the Virgin Islands often makes: “Son, we have to get back to the basics.” 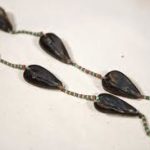 Are You Looking For Magic Or Spiritual Growth?

Lately, I’ve been thinking about something my mentor told me years ago when I began Ifa divination training.

My mentor was the late Afolabi Epega, a 5th generation Ifa priest who also had a doctorate in organic chemistry. Although he died in 2006, I still hear his laughter and booming voice. As I invoke Ifa and interpret the odus, his spirit is there to guide me.

The old man saw the future ahead of me. “Clients will come to you looking for magic,” he warned. “But you’re not a magician, you’re a priest. If they want magic, tell them to go to Hollywood.”

As priests, we study the movement of spiritual forces that the ancients call and we invoke the power of the orisas and the ancestors. And once we do our job, we leave it in the hands of the orisas, knowing that the words of Ifa will eventually come to pass. That’s how Baba Epega trained me.

“But when will the words of Ifa come to pass?” I once asked.

I didn’t really like the answer then and I’m not sure I like it now, but here’s the truth: the words of Ifa will come to pass when the time is right. Even the most advanced priest might not be able to pinpoint when the prediction will manifest. Today? Tomorrow? Next month? Next year? Ten years from now?

And then Baba told me of one prediction that took 20 years to materialize.

I’ve been thinking about Baba a lot because I do readings for clients now, and I’ve come to realize that most people are in a rush. I always tell them to slow down.

One client called 30 days after her reading and said “you told me there will be a new lover?” I did, but I certainly did not tell her when. I’m no magician and I’m not trying to be one.

Ifa is a way of life. It is not about getting what you want, when you want it. We are dealing with universal energies. Yes, we invoke forces and appeal to forces but we are not in charge of these forces. We are all subject to forces that are beyond our control and understanding.

I’ve come to believe, however, that we get what we need in the right time. I also believe in the concept of a “sacred time” when things take root and flourish in ways that are more profound and often far better than we ever might have imagined.

Our elders remind us that patience is the father of character.

The search for magic is an illusion. Good luck finding it. Genuine spiritual growth is always available, however. But it’s a life-long journey!

May you travel well.