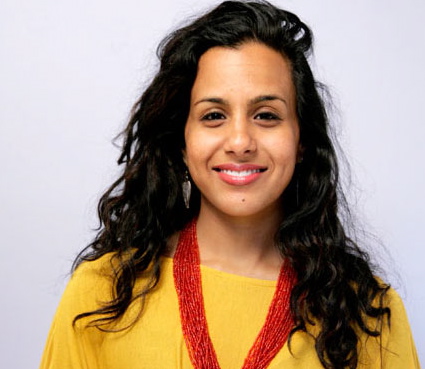 Gold In The Garbage 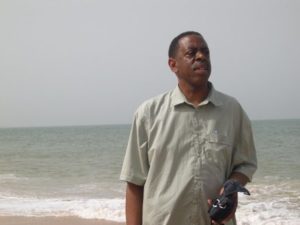 I was a guest on Africa Today recently…

It’s a popular radio show hosted by Walter Turner on KPFA, and you can listen to it by clicking here.

It was an honor to be on Walter’s show again. He’s a spiritual, intellectual and cultural beacon as well as a community activist too!

I was struck by something he said before the show began…

I overheard Walter saying how he learned valuable lessons during tragic periods in his life. So I made it a point to share this insight during our interview.

Sometimes we miss out on the lessons we’re supposed to learn because we’re so overwhelmed by the pain, so embarrassed by our failure.

Rather than run from your troubles or hide behind them, why not make your mess your message? That’s what Ishita Gupta advises her clients to do. 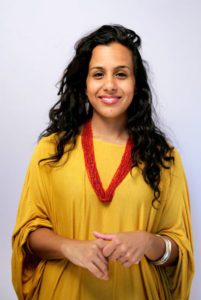 Ishita is somewhat of a rock star in the business consulting world. She’s also a popular writer/publisher. (You can learn more about her at IshitaGupta.com)

She often shares strategies for confidence building in her newsletters, because let’s face it…

One needs a ton of confidence these days!

Not only to try to bring light back into this crazy world, but to listen to your Spirit, live your best life and leave a brilliant legacy while doing it.

Ishita has learned to bare her soul and wants you to get comfortable doing it too. The most powerful story on earth is your own, she says. And for all you know, the world is ready to hear it.

“Most people are afraid to tell their story,” she says. “They think no one cares. But how far from the truth. When you make your mess your message and be REAL about triumphs and failures, people want to support you.”

What about you? What do you think? How much of your soul are you willing to bare? Are you in or out?

And lately I’ve coined a new expression. “There’s gold in the garbage.”

Instead of tossing out your troubles as “garbage,” I suggest you take a closer look. There might be nuggets of gold buried inside.

But you must learn the true value of gold first!

P.S. If you’ve enjoyed this article, sign up for my inspirational newsletter below. It’s free! 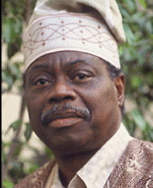 Visit From The Old Man

The old man came for a visit a few nights ago…

He came in my dreams, the way ancestors often do, because that’s when we’re most receptive.

I guess he had other things to do in the Other World. After all, an Awo’s (diviner’s) work is never done – not even on the Other Side.

Baba Epega was a world authority on Ifa; he was the co-author of the book, “The Sacred Ifa Oracle.” Baba was also a mentor to many, including myself, up until his passing in 2006.

And I can still hear Baba’s laughter and booming voice as he taught me the basics of divination.

In the dream, the other night, Baba was teaching me songs for the orisas.

Oddly enough, I don’t think Baba visited me by dream merely because he wanted to talk to me. After all, we had tons of conversations on earth.

I believe Baba wanted to talk to YOU!

For those who never had the privilege of meeting Baba, this is what I sense his Spirit is trying to say to you right now.

1. Be totally dedicated to what your spirit is calling you to do. No excuses.

2. When will love come into your life? When you learn to love yourself. When you have more self-respect.

3. Change your character if you expect to see changes in your life.

7. Sacrifice is important. There’s no way you can succeed without sacrifice.

8. The truth never changes; it never dies. The truth will always prevail.

9. The purpose of divination is to make you think; to give you alternatives.

10. Do not fear death; death is not the end; it is an obligation of life.

P.S. (To hear some brief audio clips of my old conversations with Baba Epega, visit this link:)

And if you enjoyed this article, sign up for my inspirational newsletter with the link below. It’s free.

Yet the myth that wealth equals happiness persists; it’s the image that Hollywood projects to the world.

During my last trip to Nigeria in 2008, it bothered me that my little African brothers would spend countless hours around the T.V. watching Hollywood blockbusters and MTV. They seem to think streets in the U.S. are paved with gold.

On some level, we all choose to believe what we want to believe, despite evidence to the contrary. Because most of us don’t have access to wealth, we tend to think money is the magic answer to all our problems.

Those who have money must be “living it up” – ballin’, we think.

Clearly, Mr. Williams wasn’t living it up. He wasn’t ballin’ either.

His tragic passing puts the issue of mental illness and depression in sharper focus. Even though middle-aged white men are at greater risk for suicide than the rest of us, we need to pay closer attention to mental illness in our own communities too.

No one is immune to depression. We all have family members or friends that struggle with it at one time or another, for one reason or another.

“It is important to learn and understand that each of us is capable of saving someone else’s life. Each of us who has felt invisible pain of any kind is an especially important force for saving the life of another person, who may save the life of yet another person in the future,” says Eve Meyer, executive director of San Francisco Suicide Prevention.

For me, the passing of this comedic genius is yet another reminder to focus on what really matters because the size of your bank account and fame do not.

But how you feel on the inside does.

Feel free to leave your comments and if you enjoyed this article, sign up for my monthly inspirational newsletter below. It’s free! 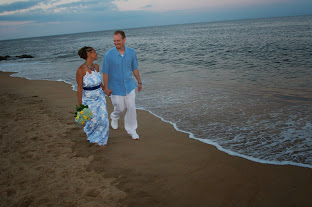 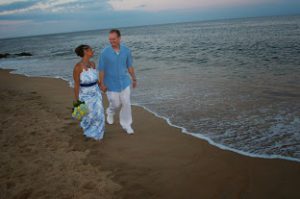 I recently brought two souls together in a wedding ceremony on the beach. 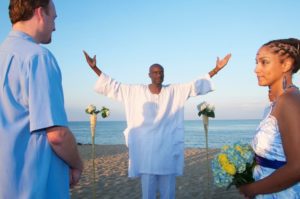 As I spoke to friends and family of the couple gathered in a semi-circle in the sand, the inspiration for my talk came from the sea.

To me, the sea represents new life and the journey into the unknown.

And anytime you follow love you’re venturing into the unknown…

Can’t love anyone or anything from a safe place and expect to get somewhere.

You’ve got to take some risks.

And this brings me to you! Are you taking risks or are you playing it safe?

If you’re playing it safe, how is that working for you? Are you happy?

I’m not merely talking about relationships, I’m talking about connecting with what you love or who you love in a powerful way that makes you feel alive again.

Bob Marley sang: “Who feels it, knows it.”

It’s true. When you’re in the love zone no one has to tell you. You know; you feel.

And it’s contagious! I was in a love zone as I performed that wedding ceremony! I’m still glowing!

If you’re feeling stuck, ask yourself what inspires you or who inspires you these days and move in that direction.

Don’t think about it; FEEL what your soul is saying.

Inspiration is the voice of Spirit speaking to you. Listen to that voice. Follow the love and surrender to the force.

Something powerful awaits you in the unknown!

P.S. If you liked this blog article. Sign up for my inspirational newsletter below. It’s free! 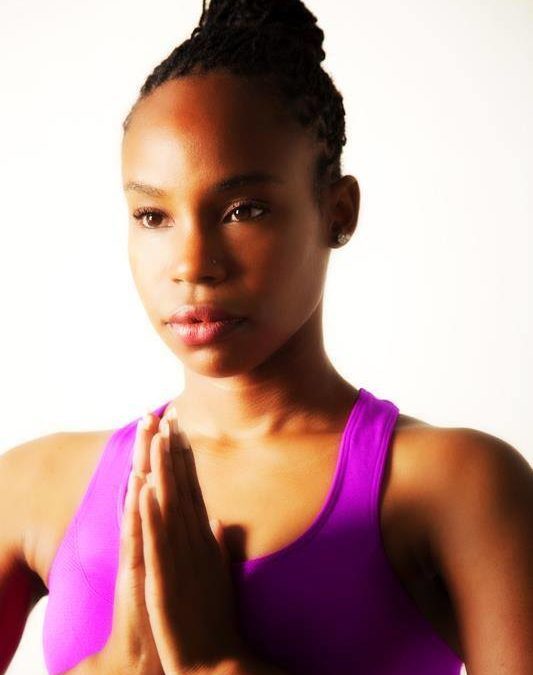 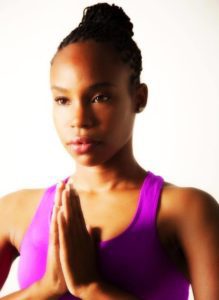 I’ve been talking to my friend, Keisha, a lot lately!

We’re working on ideas for my upcoming film, Across The King’s River.

Keisha is a poet, writer and story consultant. We’re trying to nail down what’s driving the main characters in my film and why.

See, when you’re working on a documentary film, you just don’t take off somewhere and start filming. You’ll waste a lot of time and money that way.

You need to understand the core message of the film – the heart and the soul, and then you can craft a story around it.

We all have stories and I believe that our stories are sacred. 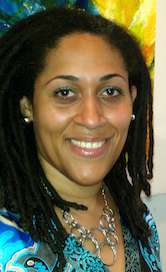 The problem is that too many of us are not in touch with our own story and drift through life without unlocking the power or the potential that lies within.

That’s what I’ve discovered as I work on my own story for the film. I’m one of the main characters in my film, and when you work with a story consultant like Keisha, she pushes you to understand what each character wants and why they want it.

I struggled as I reflected on what I want. I had to dig deep!

I’m going to ask you the same questions Keisha might ask if you were a main character in a book or a film.

1. What do you want at this stage of your life? Why do you want it?
2. What obstacles are you facing? What is holding you back from getting what you desire?
3. What do you feel conflicted about? What will happen if you don’t get what you want?
4. Do you want the same thing at this stage of your life that you wanted years ago?
5. What about the other characters in your life? What do they want?
6. Do other family members understand your story? Do you genuinely understand theirs?
7. Which characters outside your family do you closely identify with? Why?
8. Are you at peace with your story?

You MUST understand what’s driving you.

If you’re feeling stuck right now, maybe it’s because you’re no longer clear about your story. Or maybe your story has changed or is in the process of changing and you’re not sure what it all means.

What have I learned from working on story development exercises with Keisha so far?

What about you? I would love to hear your thoughts, so feel free to comment.

To learn more about Keisha-Gaye Anderson and her upcoming books and film projects, visit her website at: http://www.keishagaye.com/

If you’ve enjoyed reading this blog article, sign up for my monthly inspirational newsletter. It’s free. Here’s the link.