Birth Of a Miracle 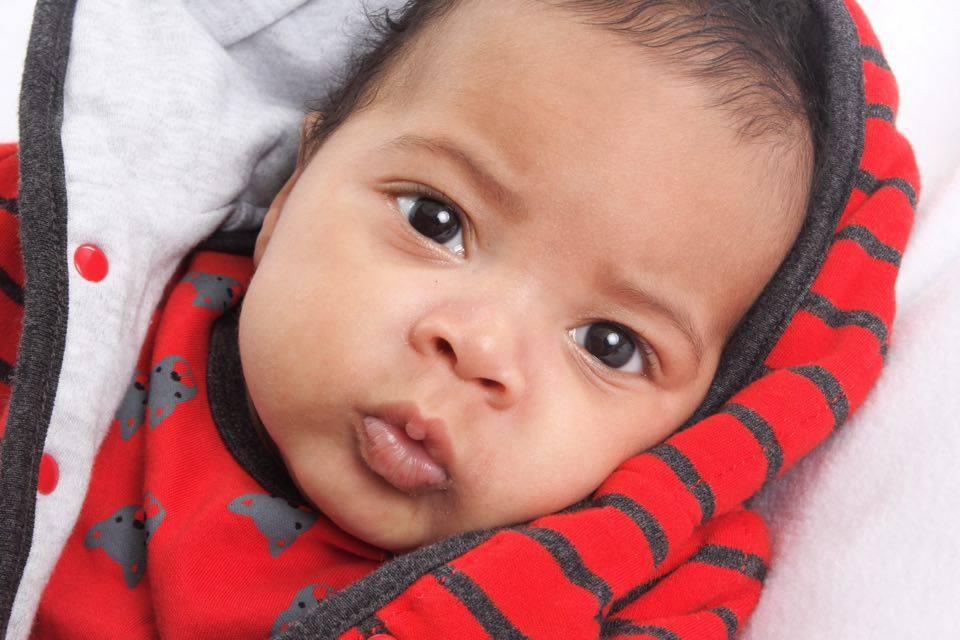 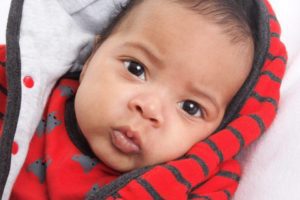 His birth is one of the miracles of 2015, and he’s teaching me faith and courage and perseverance.

His Mom, Letitia, says “nothing is too hard or impossible to achieve when you’re walking in your destiny. When you follow the voice of God and guidance from the ancestors, everything that is meant for you will come to you at the right time.”

Letitia is a friend as well as client. I first met Letitia and her husband, Derek, back in January when I traveled to their home in Baltimore to perform a spiritual ceremony that helps one connect with the orisa of wisdom, Ifa. She received her “Hand of Ifa.” 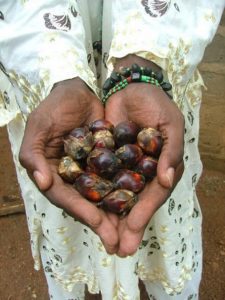 The birth of Myles is miraculous for many reasons: 1. Letitia had been unable to conceive for 13 years. 2. She became pregnant the weekend of the ceremony. 3. Because of her age, 41, she was a high risk for miscarriage and other complications.

The statistics were daunting: the fertility rate at age 40 is 5%. Chances of having a baby with genetic or chromosome abnormality like Down Syndrome, 1 in 38. Chance of miscarriage, 33%.

Going through with the pregnancy was also difficult for another reason: Letitia had lost a baby girl before and the memory of her death haunted her during the pregnancy with Myles. “I had periods of doubt and fear of losing him,” she says. “The odds were never in our favor and I would question the strength of my faith. There were times when I felt foolish or naive to have faith and ignore all logic. I was in a battle with myself.”

Both Letitia and I believe the pregnancy was a gift from the ancestors; we’re convinced that there’s a link between the ceremony and her conception. During a reading she had two years ago, the Ifa oracle spoke of a child waiting to be born.

“I didn’t believe it at the time,” she recalls. “There were some things I had to do to receive my blessings, including picking a spiritual path. The ceremony put me on track with my destiny.”

Because of the high risk, my elders in Nigeria got involved and provided crucial ritual and spiritual support during key phases of the pregnancy. Letitia and I communicated almost every day during the nine month period.

There were many scares: like the time Letitia started bleeding heavily at the eight- week mark. Then, in the fourth month, doctors performed a procedure to stitch her cervix because she was in danger of losing the pregnancy.

For me, the biggest scare came a few days after his birth when I got a call from Letitia early one morning. “I’m scared,” she confessed. Myles had an abnormal heart rhythm. His heart was beating too fast, and he had to be rushed to a more advanced intensive care unit.

After that call, I got on the phone with my elders and they began working with the orisas and a team of senior priests around the clock to save his life. Meanwhile, at the NICU unit of the John Hopkins Hospital in Baltimore, a team of doctors worked to stabilize Myles.

That was three months ago…

I have good news to report. Letitia says Myles weighs a chunky 12 lbs right now. Developmentally, doctors say Myles is right were he’s supposed to be. Perhaps even a bit advanced. Letitia says he rolled over by himself the other day.

“I’m so in love with him,” she says. “I have a greater appreciation for life and the delicate process of creation. It’s something we can’t take for granted.”

I agree with Letitia…

We can’t take life for granted. One of my elders who led the ritual work on Myles recently passed. One soul arrives, another soul returns to the ancestors. We thank Baba for his love and expertise in helping bring Myles safely to us. 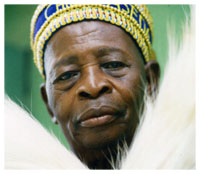 Aseda, one of the late Ifa priests of Nigeria

I share the story to bring you inspiration. The human spirit always needs one more compelling reason to believe again and to love again. One more reason might be all YOU need to turn your life around for once and for all.

No one can claim miracles don’t happen. They happen all the time. Remember this truth in your moment of darkness, when it feels that the forces of life have risen up against you.

A miracle could be right around the corner. Your miracle! But you might never discover it if you give up too soon, or if you allow fear, laziness or the clouds of negativity to block your dreams (and your blessings).

Myles is a fighter!

May we all learn something from him…

Letitia wrote me on FB the other day. “Myles just looked up at me in the middle of nursing and gave me the biggest, most sincere smile ever. And my heart just melted.” 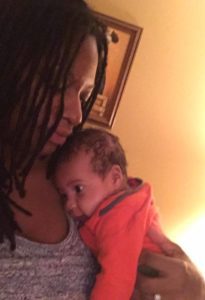 P.S. If you enjoyed this article, sign up for my monthly inspirational newsletter below.