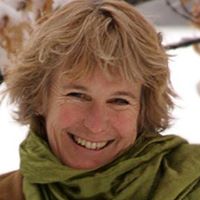 Getting The Help You Need

There’s a difference between needing help and wanting help…

That’s what my friend and mentor, Willy, was explaining the other day. Lots of folks need help, he says, but not everyone wants help. You gotta know the difference.

Willy knows what he’s talking about. He used to be a drug addict…

It was bad. He even attempted suicide decades ago because it was the “brightest idea” he had at the time.

Fortunately, he reached out for help and got it, and he was humble enough to accept it. Then, he took massive action. “I was willing to work on my own rescue,” he says.

Looking at Willy’s beaming smile and self-confidence today you would never know the trouble he’s seen. Not only is Willy drug free, he’s a successful businessman and spiritual leader. He’s also a committed husband and father who does what he says he’ll do.

Willie is teaching me some kick-ass business strategies for 2017. But he’s also teaching me about life. I’m not the only one. He’s a mentor to tens of thousands.

Raised in the projects of Queens, NY, Willy is part Irish and part Puerto-Rican. His father was an alcoholic and regularly abused his Mom. The police visited their home often. Willy never made it to high school and was in his thirties before he read a book from cover to cover.

But the past is behind him…

And the bit of wisdom about knowing the difference between needing help and wanting help – I will always remember it.

I would love to hear what you think, so send me an email, and I’ll be sure to respond.

Until next time, may the ancestors walk with you, guide you, and protect you each and every step of the way.

P.S. IF you’ve enjoyed reading this article, sign up for my monthly inspirational newsletter below.